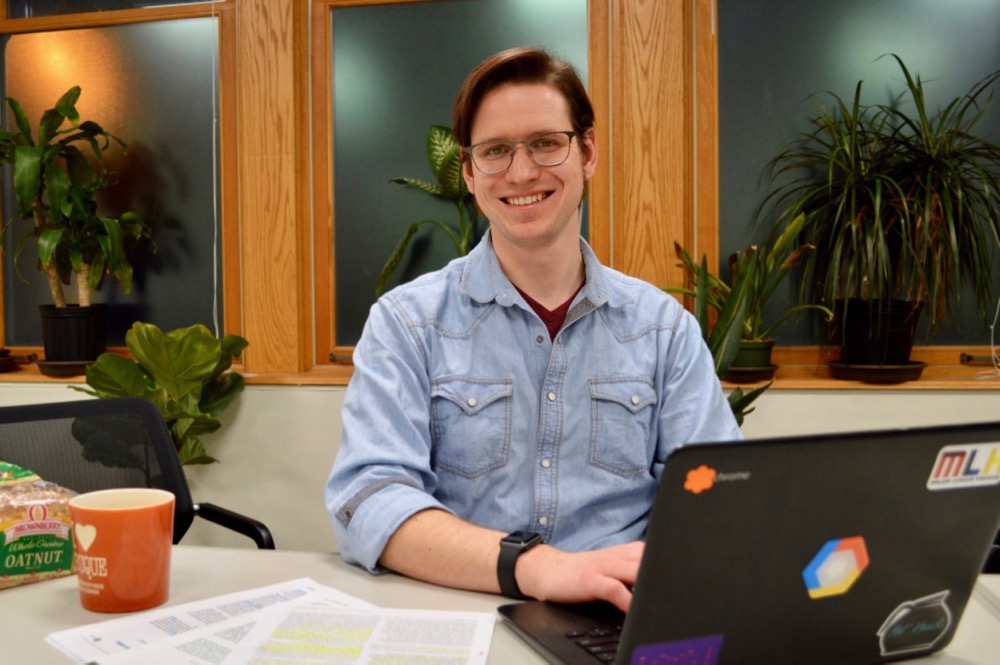 Tell me about your project

I primarily work on our lab's study of language ability, which mostly involves the whole genome sequencing of about 400 people. These people were recruited into a study in elementary school and followed through high school. Every few years they were given assessments of language ability, which test things like comprehension and vocabulary.  We are now hoping to leverage genetics to understand more of the the biological processes that underlie our ability to communicate. This doesn't tie in directly with our research on autism, but communication is obviously a main aspect of ASD, so there is some interesting overlap there.

What originally attracted you to the Michaelson Lab?

Before I joined the lab, I primarily worked and studied molecular biology in microscopic worms. When thinking about where I wanted to do my thesis, decided I really wanted to work on human genetics, and I also wanted to develop computational skills. It helped that I find the rather unique ability of humans to use language incredibly fascinating.

What is the coolest thing you have ever 3D printed?

As of right now, it is probably a 1/16 scale statue of a Umber Hulk -- but right now I'm working on a Christmas tree-topper that looks like a beholder that I'm also very excited about.

Two truths and a lie!
1) I grew up on a horse farm
2) "Ziggy Stardust" is my favorite David Bowie album
3) I have a terrible sense of smell

Number 2 is the lie. "Hunky Dory" is far more consistent, and "Blackstar" is truly revelatory.